Skyrim, and The Elder Scrolls series in general, is famous for the depth of its lore. There are over 800 readable pieces of literature in Skyrim. Lucky for you, I sorted through them to find some of the most disturbing stories. Now, let’s dive into the dark heart of Skyrim.

The Story of the Night Mother and the Listener

You’ve heard of the Night Mother and the Listener, but have you heard of how it all happened? First of all, you need to know who Sithis is. Let’s turn to our spooky friend, Lucien Lachance, to tell us.

“Know this. Every Dark Brother and Sister is a child of Sithis. He whom we call Sithis has many other names. Chaos. Doom. Discord. Sithis is the Void.” – Lucien Lachance

Somewhere around the second era, Sithis was feeling soul-deprived when one VERY unlucky Dunmer lady caught his eye. Sithis began to speak to this woman, or maybe yell at her, it’s unclear, but we know it wasn’t a pleasant experience. Sithis gave her 5 children and she loved them like her own… until a few years later the Void Lord himself returned to her home. This time he told the woman to slaughter her 5 children. And she did.

When the people who lived in her village found out, they understandably FREAKED out. They burned down her house, assuming she would be killed in the fire. But turns out, when you’re serving the Lord of Death, you don’t really die. Thirty years after the town burned her alive, a man started hearing a voice in his head calling herself The Night Mother. This man was named the Listener and The Dark Brotherhood was born.

At this point, you probably know that the Falmer are actually Snow Elves, but did you know how they became so… spooky-looking? The Snow Elves were actually the main inhabitants of Skyrim long before the Nords. When the Nords did begin to enter Skyrim, the Snow Elves and humans lived peacefully for a time, but as the Nords expanded, the Snow Elves took up arms.

After centuries of fighting, the Nords beat them down to the point of near-extinction. The few remaining Snow Elves sought refuge underground with the Dwemer. The Dwemer agreed under one condition – they all consume a toxic fungus from Blackreach. It’s unclear whether they knew exactly what the fungus would do to them and their children, but seeing few other options, most Snow Elves agreed to eat the fungus. Over the next few generations, the toxins made the Snow Elves go blind. The Dwemer then used the Snow Elves, now referred to as Falmer, as slaves.

A long time ago, the Daedric god Molag Bal was jealous of Arkay, God of the Cycle of Birth and Death. In an attempt to mock his power, Molag Bal took the form of a man and assaulted a woman named Lamae Beolfag, then left her to die. Lamae was found by nomads and for two weeks, they tried to save her life. Unfortunately, Lamae passed and the nomads built a bonfire to burn her body, as is their custom. As the flames reached her corpse, she stood up from the fire. She murdered all the women and ate the children’s eyes. It’s unclear how many survived the night, but no one left the camp unharmed.

Lamae is now known as the Blood-Matron and mother to vampires. She has spawned countless vampires in her years and continues to lead a cult. 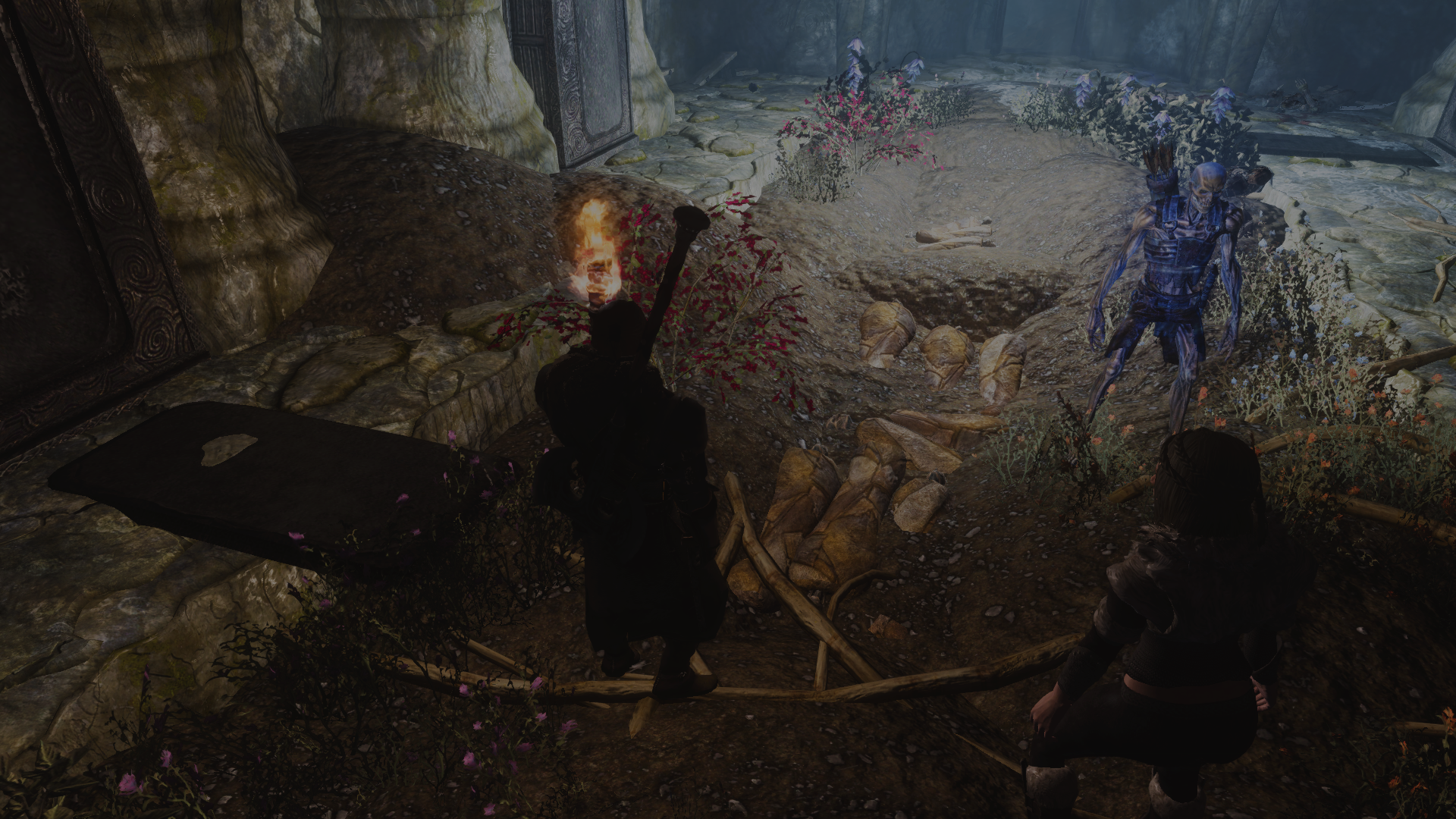 Rahgot and the Dragon Cultists

Rahgot was a dragon priest and one of the last leaders of an ancient Dragon Cult. When the first Nordic King of Skyrim, King Harald, found out about this hidden pocket of dragon cultists, he sent his men to wipe them out. After laying siege to their stronghold for several weeks, the main gate was breached, forcing Rahgot and his followers back to the inner monastery.

This is where Rahgot decided the cult needed to commit mass suicide. It was an unpopular decision, but once Rahgot started murdering people for speaking up, the orders were carried out. The alchemists made large quantities of deathbell poison for the cult followers, and for good measure, they also poisoned the whole water supply. When the Nords finally entered the monastery, all they saw were bodies.

Here’s a super sad note from one of the cultists just to bum you out some more.

I have great news, nothing like any of those things has EVER happened in real life… right? Anyways, we have a cool dragon priest mask in this month’s Elder Scrolls crate.  Sign up before it sells out!